*See individual pages for recommended specs and retail prices.
*Ask your local store if any copies are available in stock. 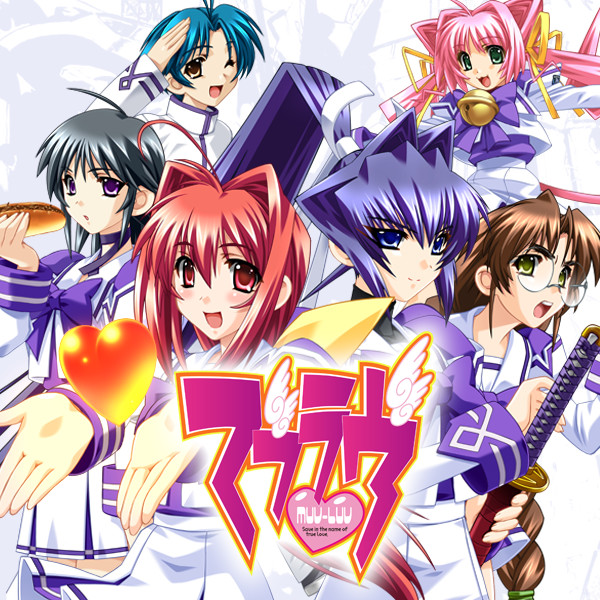 On October 22nd, 2001, a boy named Takeru wakes up with a beautiful samurai girl in his bed. His childhood friend, Sumika, comes to wake him up like she does every morning... and when she sees the girl, she hits him with her powerful and patented “Drill Milky Punch”! And so Takeru’s ordinary life comes to an end, and a fairy tale about love and courage that crosses time and space begins...

The place where it all began, and the place where it will all end. The controversial game that split the otaku world in two when it came out, and remains beloved 15 years later. The first story in the Muv-Luv saga: a completely ordinary adventure game with nothing unusual about it at all! 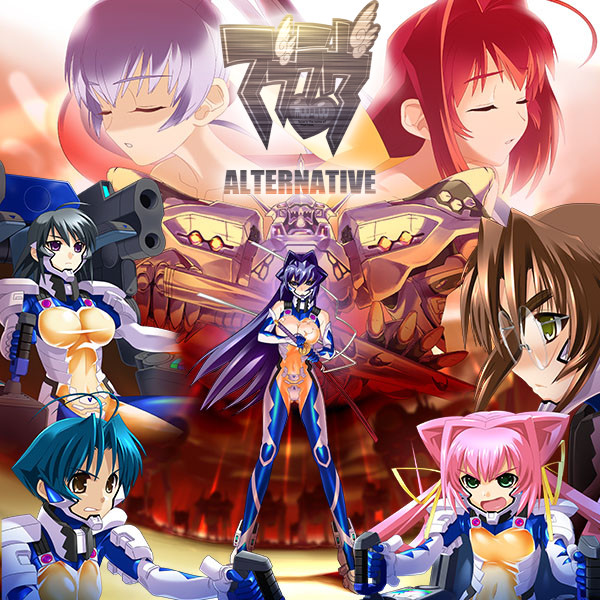 Takeru wakes up again on October 22nd, this time in a parallel world that’s under invasion by the extraterrestrial BETA. Sumika is gone. His town is a wasteland. The heroines are all soldiers. His school is a military base. With fragmented memories of humanity’s defeat, Takeru begins to try and change the future...

A game unlike any other, and the “answer” that no other postwar otaku entertainment was ever able to reach. The highest-rated visual novel of all time, and a game that speaks to everyone, from students to politicians, who seek an answer to who they really are. 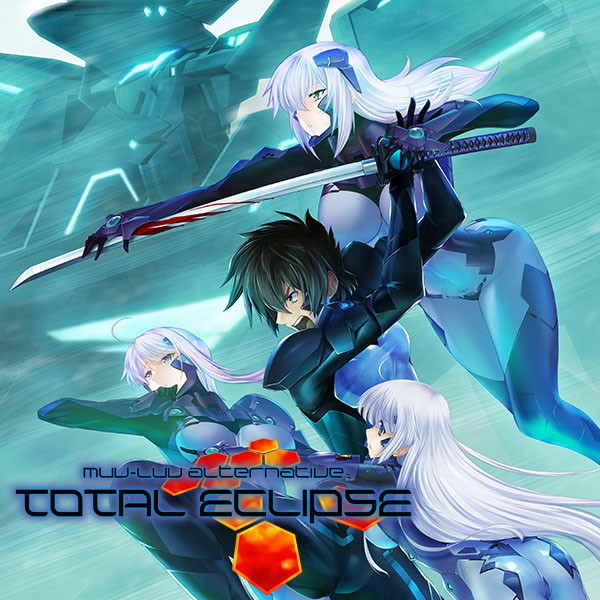 Game Page
There is hope that can only be born in the depths of despair,
and a future that only hope can create...

With the nations of Eurasia having fallen to the BETA, their survivors race to develop a new tactical surface fighter at a base in Alaska. Yuuya, an ace pilot with a bad attitude, is reassigned from the US army to the joint US/Japan TSF development project. There, he meets the imperial soldier Yui. They start off as constantly bickering enemies, but gradually begin to develop a relationship of trust... Then, he swears to save the unfortunate Soviet soldier, Cryska.

A story of the nameless soldiers who died so that the heroes could win their grand victory. A story about “you” and the nature of the heart, that fills in the missing links in the tale of Muv-Luv Alternative. 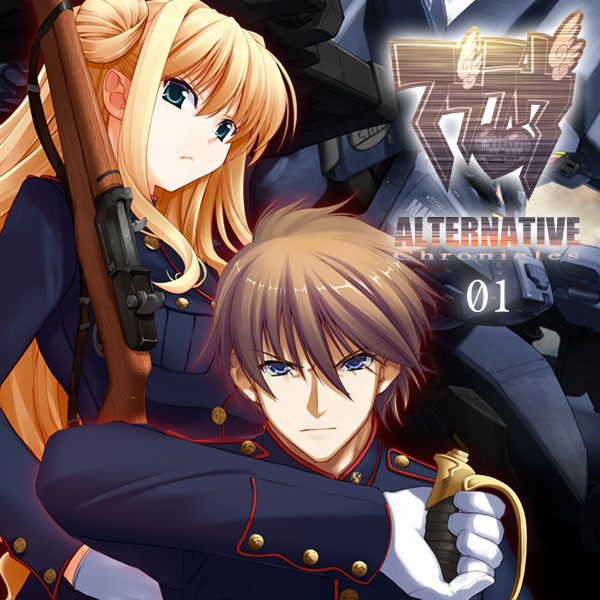 Game Page
The shadow of extinction falls on humanity,
as a nameless soldier holds its future in their hands.

After 100,000 people flee the Earth, an operation begins to retake Eurasia. The BETA are annihilated, but overuse of gravity weapons causes a permanent gravitational anomaly, concentrating the atmosphere and seawater in the northwest semisphere. Trapped in this tiny habitable section of Earth, humanity battles each other for territory, resources, and food. Hibiki is a squadron commander in the Japanese Imperial Army stationed in Seattle. Caught between the duties of his rank and complex international relationships, he struggles to find a way for humanity to survive.

Set 4 years after the shocking end of Muv-Luv Unlimited, this multi-part story is contained within “Muv-Luv Chronicles 01” through “04”.

Game Page
The first of a collection of Muv-Luv short stories, released by popular demand!

Seven of the best side-stories created since the release of Muv-Luv Alternative. 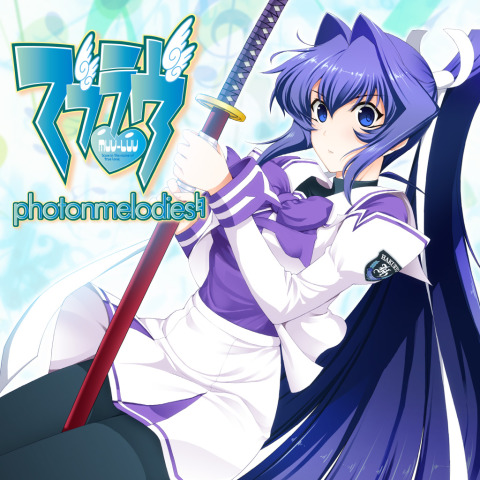 Game Page
The second collection of Muv-Luv short stories, made possible by the love of our fans!

Three more top-quality side stories from the Muv-Luv universe. 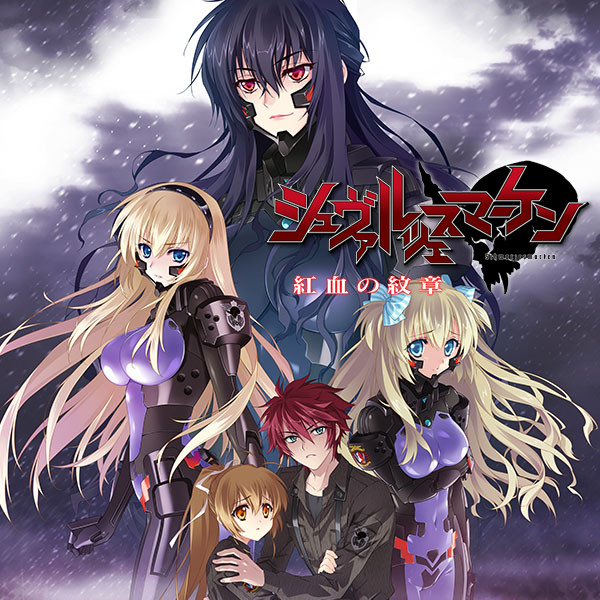 Game Page
But even after all this...
I still want to protect you.

High treason against the state. Theodor, a pilot with the East German military whose family bears a tainted past, is sent to the 666th Company. Known as the Schwarzesmarken, they’re a unit that focuses on destroying the enemy even at the cost of letting their comrades die. He meets the cold and calculating commander Irisdina and the idealistic Katia, and begins to doubt the way he’s lived his life.

Set in Europe 18 years before the events of Muv-Luv Alternative. The first of a two-part game that adapts the Schwarzesmarken novels, covering up to the events of Operation Neptune. 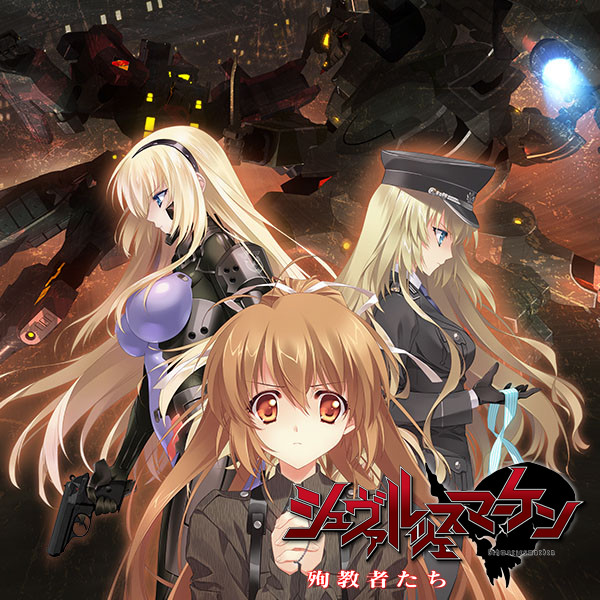 Game Page
My country, my comrades... or the one I love.
Which of these should I really protect?

Theodor finds himself caught up in the complicated fates of Irisdina, Katia, and his surviving step-sister, Liz. He survives deadly battles while searching for an answer to his questions about his life. As complicated political intrigues take place beneath the shadow of the BETA advance, is the real foe alien, or man?

This second game, “The Martyrs”, contains the events of the rest of the Schwarzesmarken novels, as well as new endings for each heroine. 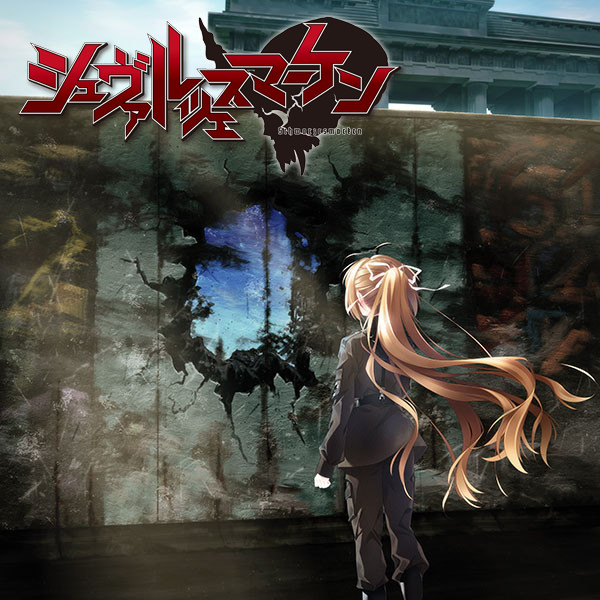 The complete Schwarzesmarken story, two games in one set.