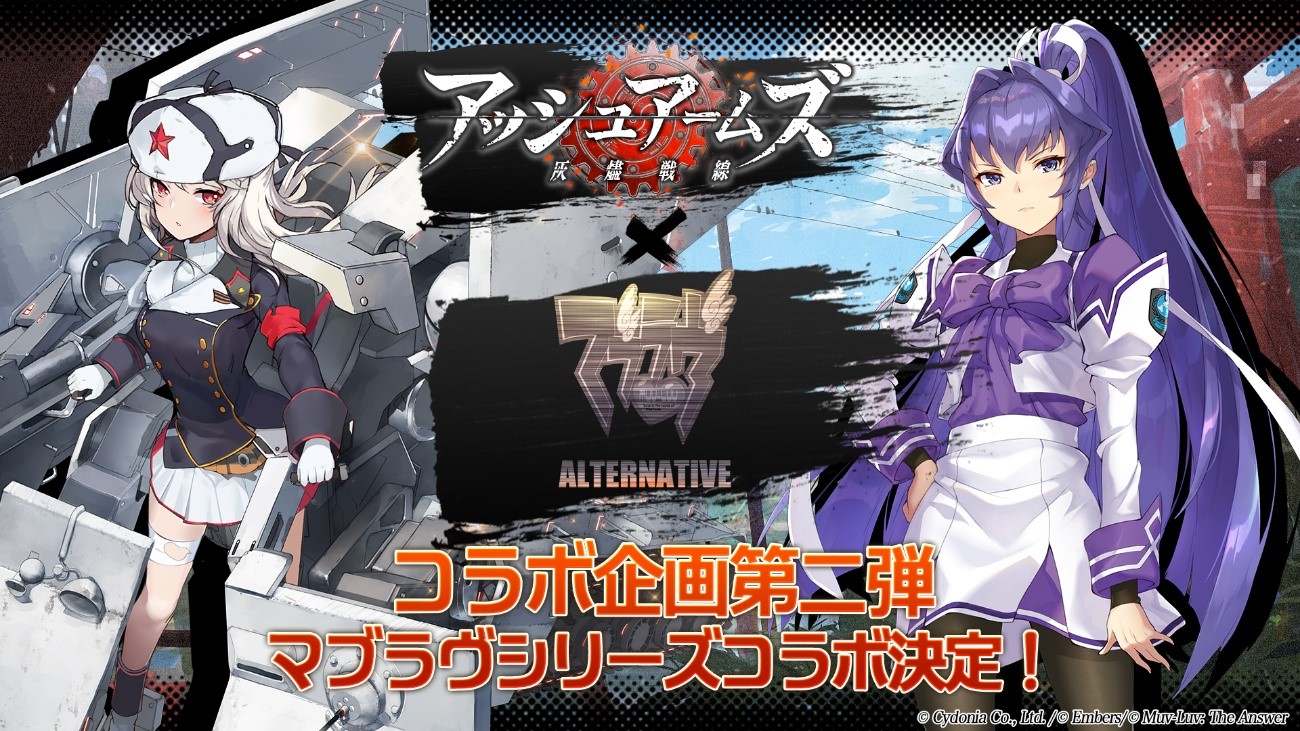 “Mitsurugi Meiya” “Takamura Yui” and “Irisdina Bernhard” challenge the BETA in the world of Ash Arms!
Not only does the game feature beautiful art and super-deformed TSFs, there’s also an entirely original scenario, as well as voices and BGM from the Muv-Luv games!

*Only available in Japan