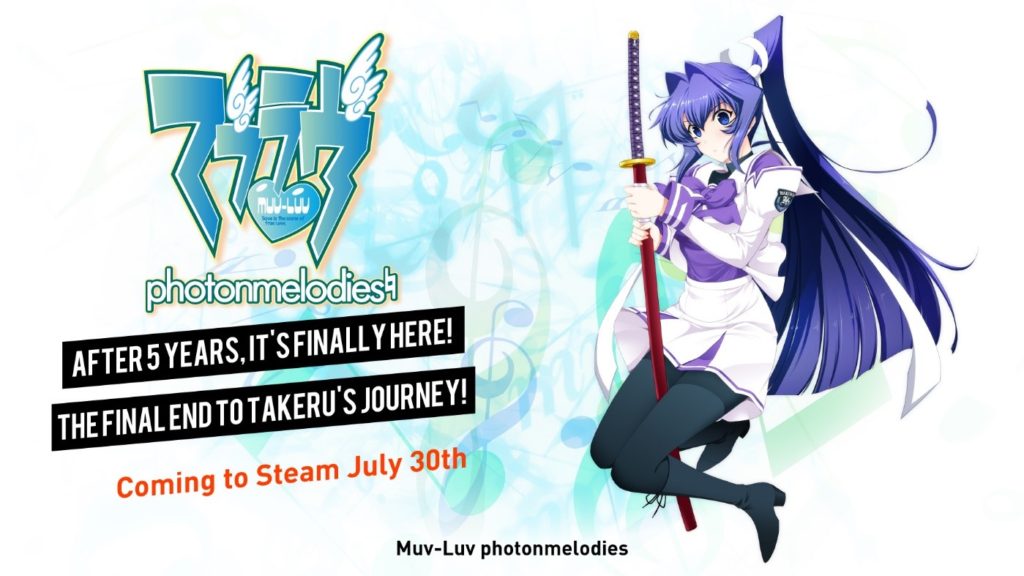 Muv-Luv photonmelodies, the latest story in the popular Muv-Luv series of visual novels, is now available on Steam.

In 2015, Muv-Luv’s creators raised over 1 million dollars in a Kickstarter to bring five games over to the west: Muv-Luv Extra, Muv-Luv Unlimited, Muv-Luv Alternative, Muv-Luv photonflowers, and Muv-Luv photonmelodies. Now, after 5 years, the last game promised to backers is finally here.

photonmelodies depicts the end of the journey for Muv-Luv protagonist Takeru, an ordinary high school student who finds himself trapped in another world and caught up in a brutal war against alien invaders called the BETA. The series is famous for its brutality, gore, and unflinching depiction of trauma and the realities of war. Now, in photonmelodies, Takeru has returned home to his peaceful life in Japan, and the girls he loves are all waiting for him.

A more lighthearted take on the Muv-Luv universe than previous games, photonmelodies still has the same things that make the series great.

The game also contains two additional stories that expand further on the Muv-Luv universe: Adoration, a story about Europe’s struggles against the alien BETA onslaught, and Resurrection, a story about a cybernetic spy infiltrating a Japanese base.

・A Shimmering Shard of Spacetime
The long-awaited follow-up to the original Muv-Luv saga! Picking up directly where Muv-Luv Alternative left off, Takeru returns to the wacky rom-com world of Muv-Luv Extra, only this time, things are more than a little bit different! The multiverse may have been mended, but now this Love Nucleus has even MORE girls to choose from! Let the harem hijinks begin! 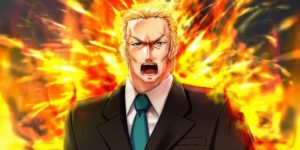 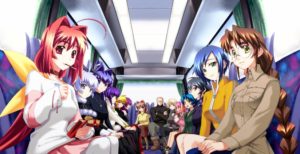 ・Adoration
When an uptight Japanese cadet gets stationed at a British military base during the final leg of his Royal Guard training, he thinks he’s got it all figured out. But he soon discovers that there’s more to being a surface pilot than sheer discipline when he’s assigned to the Cerberus Battalion, an esteemed TSF corps full of elite but eccentric surface pilots. 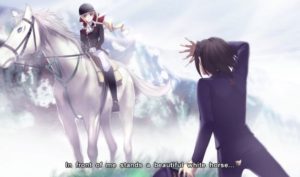 ・Resurrection
One month prior to the events of Muv-Luv Alternative, a cybernetic soldier named Silvio Orlandi arrives at Yokohama Base to work security detail at an upcoming Alternative Program summit — though in truth, he’s an undercover agent sent by the European Union for the express purpose of gathering classified intel about Alternative IV, as well as any other concerning projects the enigmatic Professor Kouzuki might have in the works. 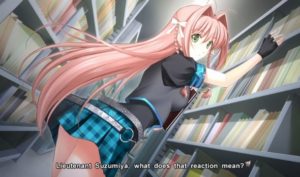 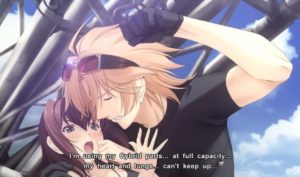